"Under more fortunate circumstances," Jastrow had intimated but never made plain, "his academic usefulness might have been vastly extended. For he had the pedagogic gift to an useful degree, had it by dower of nature, as some men handle a pencil and others the bow of a violin.
(張華： 賈思托僅是點到為止：「運氣好的話，他的學術成就還可以有更大的作為，因為他的教學能力非常人可比，純然出自天賦，就像有的人天生抓起石筆就會亂畫，別的人卻要花長時間學拉小提琴一樣。」

2010.12.1
WikiLeaks cables point to China in Google hackUSA Today
Operation Aurora came to light last January after Google went public about it, intimating that the Chinese government played a role in hacking into its ...

Definition of intimation in English:

Definition of inkling in English:

A slight knowledge or suspicion; a hint:the records give us an inkling of how people saw the world
MORE EXAMPLE SENTENCESSYNONYMS

Meaning
Have a vague intimation of; have a slight knowledge of.
Origin
Clearly the understanding of the source of this little term is based on knowing what an inkling is. It sounds as though it might be something small, like a jot or a tittle. It also seems to exist in the same neck of the linguistic woods as the names of other minor sensations, like tingling or tickling. We can tingle or tickle, but we don't inkle, so where did inkling derive from?
These days, there isn't much we can do with an inkling other than to have one. In the 13th century, when the word was coined, inklings weren't had, they were heard. Inklings, like tinklings, were small sounds. Specifically, an inkling was an indistinct hearing of the use of one's own name. 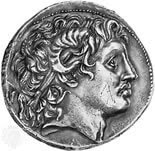 This meaning is demonstrated in the earliest known use of the word, in the Alliterative Romance of Alexander the Great, circa 1400–50:

"[Alexander] Herd a nyngkiling of his name, & naytis him [exerted himself] to ryse."

So, if you heard an inkling your senses were alerted to listening for something that might interest you and it is that sensation that has lead to our current usage of the word. To be more accurate, in the 13th century you would have had a ninkling rather than an inkling. Inkling is one of those nouns that were originally spelled with an 'n' at the start of the word but later lost it in everyday speech. In this case, sometime in the 16th century, 'a ninkling' became 'an inkling'. Other examples of this are 'a napron' and 'a nadder' [snake]. This reformation of words is called metanalysis and these 'n' examples of it are difficult to explain fully. There are examples of words going in the other direction, i.e. adding an 'n'. For example, 'an ekename' is now 'a nickname' (eke means also) and 'an ewt' is now 'a newt'. Other examples, like 'nangry' where the originally spelled 'angry' gained an 'n' but then failed to become publicly accepted, show how precarious such changes are. Curiously, the most commonly heard example of an English word losing its initial 'n' happened in France rather than England. The French obtained 'orange' via a route through several languages, ultimately from the Sanskrit 'naranga', and 'une narange' became 'une arange'. By the time oranges appeared in England they were already oranges - there never was an English word noranges. On to more inventive metanalysis from Duck Soup:

Chico: What is it that has a trunk but no key, weighs 2,000lbs and lives in a circus?
Prosecutor: That's irrelevant!
Chico: A relephant. Hey, that's the answer.